How Does a Nail Gun Work? 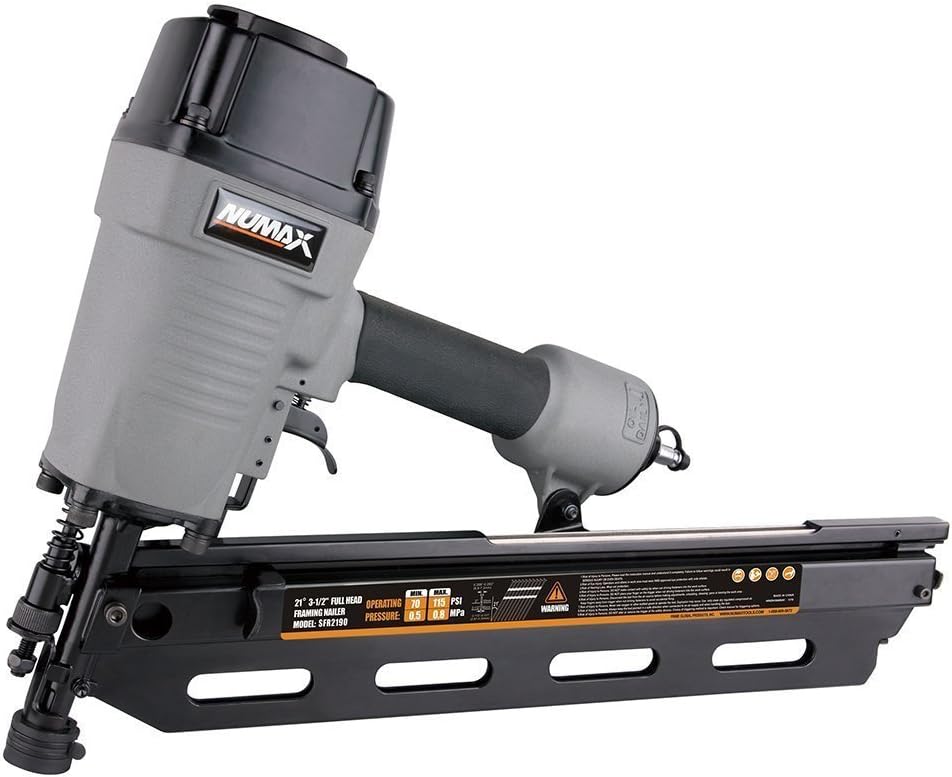 For beginners, a nailer can be an intimidating tool for performing nailing. Still, once beginners understand how does a nail works, it becomes so easy for them to perform nailing when a traditional hammer is perfect for performing easy tasks such as building simple furniture or replacing a single piece of wood trim.

Using a nail gun, one for framing a wall or building a fence or installing, floors and cabinets are going to be more exhausting. However, nail guns can be effective alternatives for these kinds of projects. This piece of article will outline how a nail usually works.

A nail gun drives a nail into wood or some other types of materials. It is also called a nail gun or nailer. The nail gun was designed by a civil engineer, Morris Pynoos, through training for performing his work on Howard Hughes’ Hughes H-4 Hercules, also known as the Spruce Goose.

The wooden fuselage was firstly nailed together and glued, and then, later, the nails were removed. The first nail used air pressure and which was introduced to the market in the year of 1950 in addition to speeding the construction of housing floor sheathing and sub-floors. The operator could perform nailing 40 to 60 nails per minute. It could perform 400 to 600 nails. Generally, most types of nail guns do have the same types of firing mechanisms, including; a piston hammers down on a blade mechanism that usually propels the nail into the target. The fundamental difference between the various types of guns is the origin of the force which moves the piston.

Nailers typically have two different tasks; one, producing a staggering amount of hammering force with each pull of the trigger, and second, reloading new nails each time one is fired. In addition to performing these two tasks, these tools are designed with two essential mechanisms; a firing mechanism and a nail-loading mechanism.

In terms of the firing mechanism, most nail guns employ a similar design. However, when you pull the trigger, a piston will hammer down on a blade mechanism which moves the nail or two springs are compressed and equipped with enough force to move the nail over its intended target. While all nails run by employing one of these features, the fundamental difference between models are the origin of the force that moves the piston. This source of power is considered as pneumatic, electric, or combustion-powered.

In terms of the nail-loading device, nailers are generally designed with a magazine. The magazine is usually fed into the barrel of the nail gun. However, nails are typically glued together into a long strip called “plastic-collated.” A spring, which is at the base of the magazine, pushes the strip over into the barrel.

However, when you press into the trigger, the hammer comes down, dividing the next nail from the strip and moving in over the wood. With the hammer cocked, the spring keeps pushing the next nail into the firing position. One of the most significant benefits of these glued nails is that when the nail goes into the wood, friction starts melting the glue. As the glue begins hardening, it enables fusing the nail into the wood.

How does a Nail Gun Work?

A pneumatic nailer is one of the most common types of nail. However, these powerful models generally employ an air compressor as the fuel for the firing mechanism. The compressor is equipped with a plastic or rubber air hose to the base of the tool. The compressor develops air pressure by receiving air from the environment and then compressing it to optimal pressure. These compressors have regulators to figure out the right amount of pressure, which in turn, helps to adjust lowering or raising the pressure within the compression unit.

Gas cartridges supply fuel to the chamber. In addition to driving the nail, this flammable gas is ignited with a spark plug or small battery, ensuring tiny explosions that supply the force required to run the nail. These types of models are best for performing heavy-duty work and ensure delivering reliable performance.

Other types use compressed air or combustion to generate driving force. However, when you pull the trigger, the spring is suddenly released, developing the force required to drive the nail over the wood. A vital benefit of this model is that this model is cordless and offers a quick start-up. As there is no air hose, compressor, or the gas cartridge to operate, a rechargeable battery system helps charge the power.

The major drawback of battery-operated model is, they cannot carry extensive work or heavy-duty work like the other types. They are generally used to perform light or medium-sized projects.

Before purchasing a nail gun, you should figure out your workload. Professional workers usually buy combustion nail guns or pneumatic nail guns in addition to performing heavy-duty activities. However, for beginners, they should purchase battery-operated nail guns as they are ideally designed for performing light work.